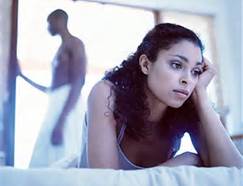 I'm not going to sit here and pretend to be pristine or naive. While I won't go into details, I can say that there is nothing novel about sex. With that being said, I can also speak on the topic of celibacy. So, let's talk about it.
Before I start, let me preface...in discussing celibacy I am considering those who are unmarried. If you're reading this and you're married...Get it how you live! Just thought I'd  throw that out there. Now, onto the topic at hand...It amazes me, how there are two extremes when it comes to celibacy. On one end of the spectrum, it seems almost taboo or unconventional to not have sex. Especially when you consider the society we live in today. Sex sells. It motivates. And in some cases, it even controls. It's practically expected that everyone, everywhere is involved in some sort of sexual activity. To say that sex is glorified would be an understatement. When you slide on over to the other end, though, there's the realization that there are far more people who practice celibacy than you'd think.
Take me for instance. As I mentioned before, I'm no saint...but I did at some point make the decision to stop having sex. Personally, abstaining from sex came about for a number of reasons. At the top of the list was spiritual growth. In building a serious relationship with God and getting closer to him, I realized that sex was standing in the way. In doing so, I learned that it wasn't just about me. Being involved with someone at the time, I saw how sex affected us. Maybe this doesn't hold true for you, but I've seen firsthand how sex can complicate things. Tied into that, I saw how for many of the people in my life, sex had become central to their relationships. There's more, so much more to it than just sex. I don't know about you, but I want that other stuff too, and sex kinda got in the way of that. Spending time focusing on the other aspects of a relationship can bring stability and intimacy that can't be found through sex. I mean, come on, great sex...with someone I can't stand, don't completely trust, or can't really communicate with? I don't have the time. Overall, I want so much more out of life.
I'm not here to sway you, but it is something you may want to consider. I can admit, though, that since making the decision, the task at hand is taking celibacy and making it cool. Making it acceptable and making it a commonality...Instead of having people look at you in shock, saying you're crazy, or trying to dissuade you.
The thing is this: celibacy is more than just not having sex. It's not even necessarily a religious thing. It's a lifestyle change, a decision that affects so many areas of your life. It's a chance to grow and challenge yourself. It's an opportunity to gain more out of life and your relationships.
Previous Post
Next Post
Information
Browse By Category